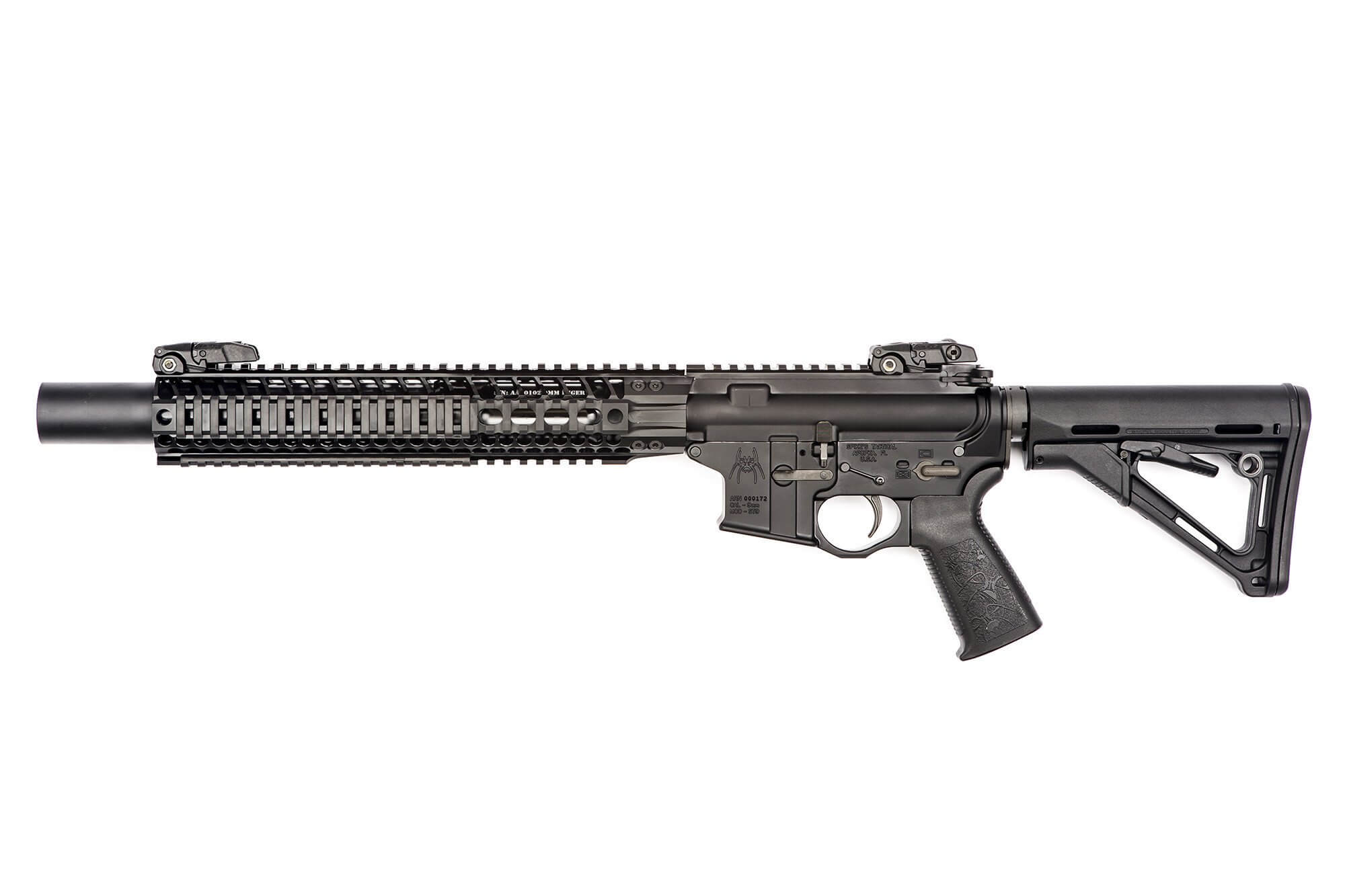 A critical benefit to Spike’s pistol-caliber carbine (PCC) is the weapon being interchangeable with Glock and Colt 9mm magazines. According to Glock’s website, the Glock 17, a 9x19mm handgun, is the most widely used law enforcement pistol worldwide. The Recluse allows for law enforcement to use the same ammunition and magazine in their rifle as their common sidearms.

“We’re very excited about receiving this patent,” said Randy Myers, the inventor behind Spike’s Recluse. “This particular upper receiver will serve as a versatile tool, particularly for law enforcement and emergency service personnel.”

The Recluse is also available for public purchase and features an integral, barrel-nut-mounted firearm sound suppressor. The barrel nut portion and the forward tube are permanently fixed together, creating an extension greater than 16 inches.

It is also quickly becoming a popular choice for people competing in pistol-caliber carbine competitions.

With the Recluse, only one NFA tax stamp is needed, creating less paperwork and lower costs.

The Recluse also reduces velocity of the ammunition below the speed of sound, eliminating the need for sub-sonic ammunition.

“The Recluse is a very special, efficient weapon,” says Myers. “By only requiring one NFA tax stamp and not requiring sub-sonic ammunition means money saved in the long run. This is one of the most unique pistol-caliber ARs on the market.”

The Recluse features a “tensioned” barrel captured on either side by the suppressor. Rather than having the barrel support the sound suppressor as an attachment, the barrel is supported by the suppresser at either end. This allows perfect alignment to be maintained between the barrel and suppressor, which improves accuracy and eliminates baffle strikes.

With a chrome-lined interior and nickel-plated exterior, rust is a non-issue.