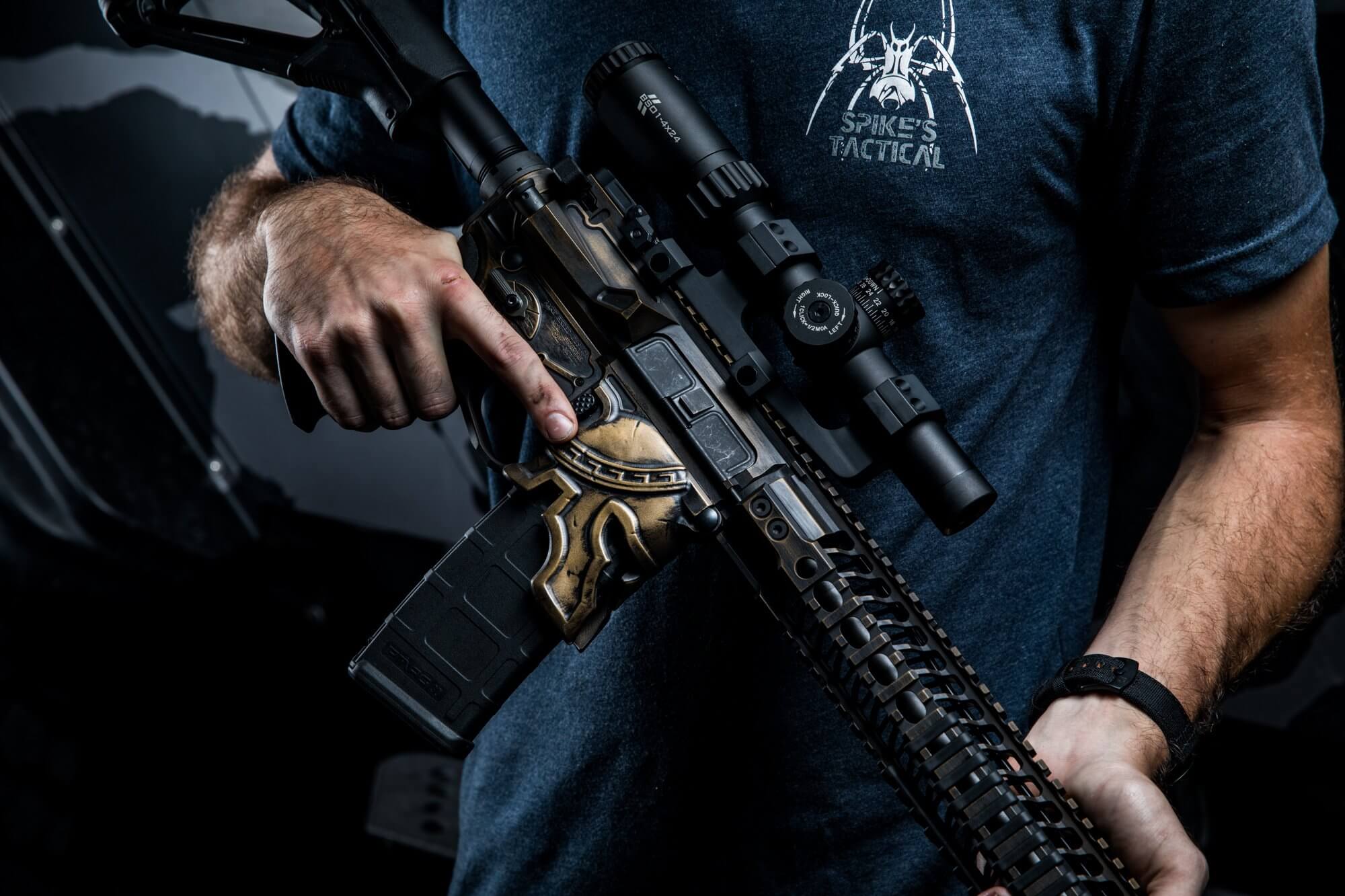 The Spartan lower receiver, which was leaked and later confirmed and announced by Spike’s Tactical in early 2017, is the first-of-its-kind to be designed and submitted to the U.S. Patent and Trademark Office (USPTO).

The lower receiver took more than a year to design and develop, features a Spartan helmet as the AR-15’s magazine well and is compatible with all standard AR-15 lower receiver parts.

The Apopka-based weapons manufacturer teamed up with Rare Breed Firearms to give gun enthusiasts more options when it comes to personalizing their AR-15s and believes consumers will enjoy the unique look of a weathered Spartan helmet in either black anodized or a custom Cerakote paint job.

“We’re excited to roll out this new three-dimensional Spartan lower receiver,” said Cole Leleux, general manager at Spike’s Tactical. “This design, and others to come, will turn any AR-15 into a one-of-a-kind weapon, which overthrows the status quo.”

The Spartan was designed by Rare Breed Firearms, an Austin, Texas firearm-design company specializing in creating distinctive lower receivers for AR-15s. Rare Breed has made Spike’s Tactical its sole manufacturer and distributor of their cutting-edge products.

“This is only the beginning and a first of many designs for gun owners to use to make an AR-15 all their own,” said Lawrence DeMonico, president at Rare Breed Firearms. “Designing and bringing this to life was extremely challenging, but we’re proud of the final result and we know that our customers will truly enjoy this new design.”

The Spartan lower receiver is priced starting at $349.95 and is available for purchase online. To learn more about Spike’s Tactical and their products, visit www.spikestactical.com.

Rare Breed Firearms was established in 2016 to develop innovative, visually appealing and highly functional firearm designs. Rare Breed Firearms is based in Austin, Texas and is veteran-owned and operated. Through friendly competition, their goal is to drive innovation and bring new designs to the market.