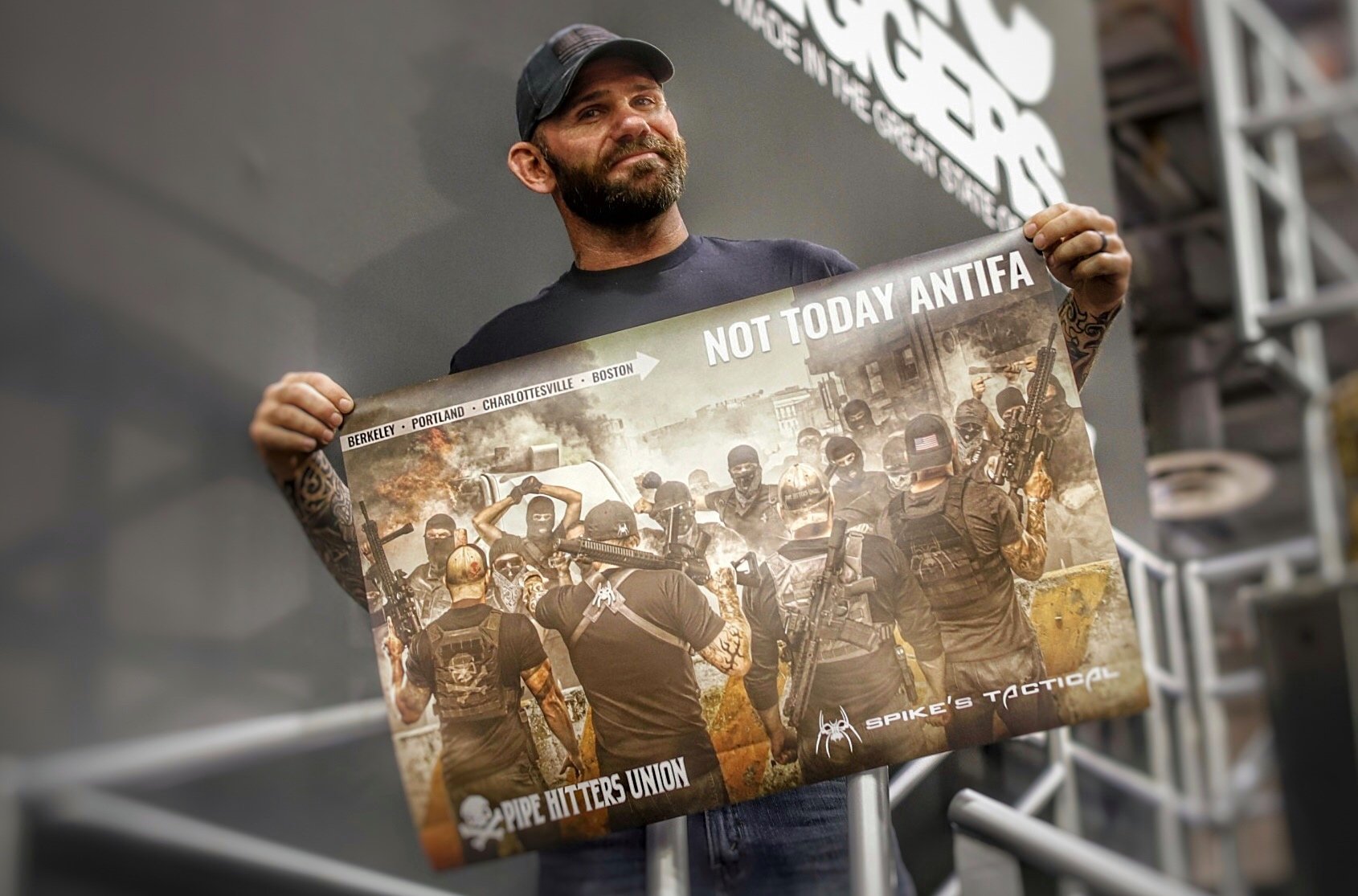 APOPKA, Fla. – Spike’s Tactical, a Florida-based gun and weapons manufacturer, kicked off 2018 with a new marketing director and a controversial advertisement, which features four armed Americans standing in defense against a violent group of “Antifa” protestors.

While the advertisement, which was co-produced by Spike’s Tactical and the veteran-owned apparel manufacturer Pipe Hitters Union, has drawn both criticism and support, the controversy surrounding the ad has undeniably caused it to be seen by millions of people.

“I would certainly call it effective,” said Kit Cope, the new marketing director of Spike’s Tactical. “While we knew it would stir some emotions and create a discussion, we didn’t anticipate just how big it would become.”

Since the ad was posted to Facebook and printed in SKILLSET Magazine and RECOIL Magazine for this week’s SHOT Show in Las Vegas, stories about it have been covered by many media outlets including ABC, FOX, Newsweek, VICE News, The Blaze, MILO, Alex Jones and the Orlando Sentinel, just to name a few.

“It’s really been amazing. We’ve received tons of calls and messages from all over the world offering support, while less have offered threats and disgust,” said Cope. “Ultimately, you’re never going to make everyone happy, and we weren’t intending to, but as a result of the demand and support, we’re now selling the patriotic poster on our website, spikestactical.com, and they will begin shipping this week.”

Prior to joining Spike’s Tactical, Cope served as the manager of media content for Black Rifle Coffee Company and co-hosted the Wild World of Spike on Spike TV. He also hosted MTV’s True Life for Muay Thai and for MMA.