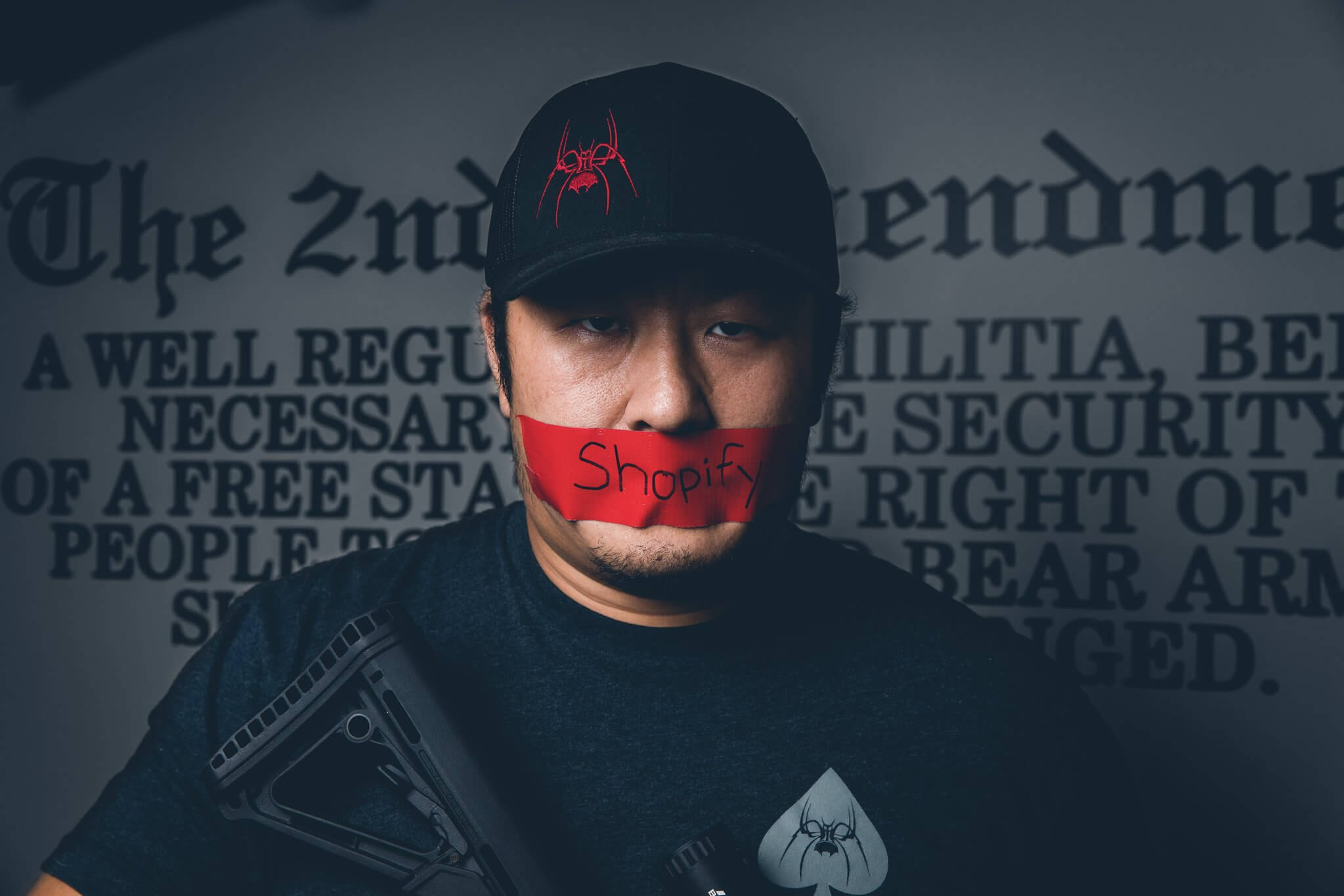 APOPKA, Fla. – A change in policy announced Monday night by Shopify, an e-commerce platform used by more than 600,000 merchants to conduct online sales, will essentially shut down the sale of guns, gun parts and accessories over the internet by retailers who use Shopify.

Spike’s Tactical, a Florida-based gun manufacturer, has built their entire website and online sales portal exclusively using the Shopify platform and conducts millions of dollars in sales through Shopify each year.

“This decision will have significant ramifications to our business and should concern every online retailer and Second Amendment supporter,” said Cole Leleux, general manager of Spike’s Tactical.

Some of the new amended rules in Shopify’s Acceptable Use Policy now include banning the sale of semi-automatic firearms that have an ability to accept a detachable magazine and are capable of accepting more than 10 rounds. Additionally, unfinished lower receivers are also prohibited, according to the new rules. Most of Spike’s Tactical’ s products include AR-15 parts and full rifles, which would fall under those new restrictions.

One of the things that makes this more challenging for businesses like Spike’s Tactical, is that Shopify’s platform is entirely proprietary, meaning the information stored on their platform cannot be easily transferred to another online platform.

“We have invested more than $100,000 in the development of our Shopify store, which will disappear once these policies go into effect,” said Leleux.

As for when these new policies will go into effect, that remains a mystery. When representatives from Spike’s Tactical reached out to Shopify to try to learn more, Shopify refused to answer any questions and directed Spike’s Tactical team members to the Shopify legal department, which at the time of this news release, has yet to respond.

Ironically, when challenged by left-leaning critics about selling Breitbart products in 2017, Shopify CEO Tobias Lütke said, “We don’t like Breitbart, but products are speech and we are pro free speech. This means protecting the right of organizations to use our platform even if they are unpopular or if we disagree with their premise, as long as they are within the law.”

It now seems that Shopify has reversed course on their previous belief, as our products are not only legal, but also used by many law enforcement agencies, Leleux said.

Another gun company, which will also feel the pain of Shopify’s recent decision is Rare Breed Firearms. Rare Breed announced the launch of their new Spartan lower receiver last week and the product is also sold online exclusively through Shopify.

“We have spent the last three years developing the Rare Breed brand and more than $40,000 developing our Shopify site,” said Lawrence DeMonico, president of Rare Breed Firearms, an Austin, Texas based firearms company. “Depending on how this policy is rolled out, this is a move that could put companies like ours out of business, and we will undoubtedly be looking to pursue legal options.”

Any other gun manufacturers or retailers who are also experiencing issues related to this new policy are encouraged to contact Spike’s Tactical, as they are looking at legal options to potentially file a class action lawsuit.

Rare Breed Firearms was established in 2016 to develop innovative, visually appealing and highly functional firearm designs. Rare Breed Firearms is based in Austin, Texas and is veteran-owned and operated. Through friendly competition, their goal is to drive innovation and bring new designs to the market.